Internet Security for the Windows Home and Small Business User -- Talk at the Kinnelon Library, Wed. Sept. 26, 2018 at 7 PM 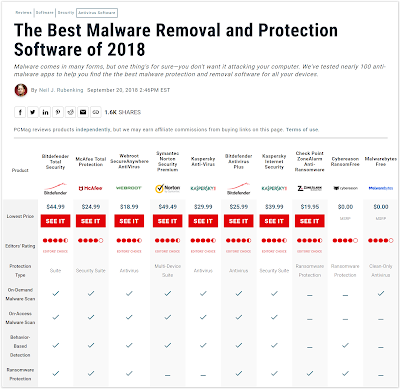 OK -- so your PC won't burn up if it gets infected but you may wish it had, especially if you run into Ransomware, or Hacked Accounts and eMail.

What should you do???

Well, first, even before installing Internet Security, you SHOULD BE  BACKED UP. The last best chance you have in case of a hopelessly compromised machine is a Complete Restore!!! Preferably, to a Bootable Backup!

Then you should install Internet Security, TWICE. See Below:

We will not cover McAfee LiveSafe, as we did last year, even though it is a good program and is FREE for those of us with Cable Internet but we will cover Windows Defender because it is both free and already installed with Windows, and it tests and works well, and is less annoying and interruptive, and also we will talk about MalwareBytes Free and Premium, because dual belt and suspenders protection is a good idea with Security Software. FYI Windows Defender  automatically activates when another Security Program is not present, and deactivates when it senses one is present -- except for MalwareBytes.

Why should you have MalwareBytes at all? Because it catches bad stuff differently from other Security Software, especially the worst stuff like RansomWare. Its Real Time  protection is behavior based and simply does a better job at catching the bad stuff.

All of the Editor's Choices are fine. Especially if you have MalwareBytes as well. By the way, MalwareBytes is the only program that will happily coexist with others! 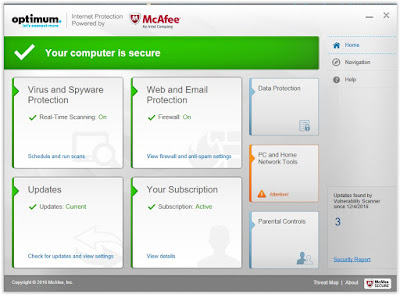 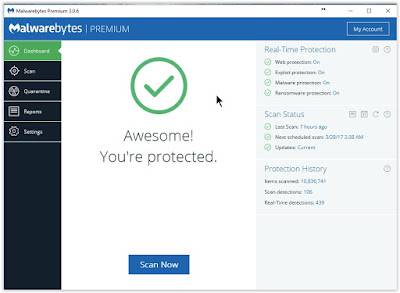 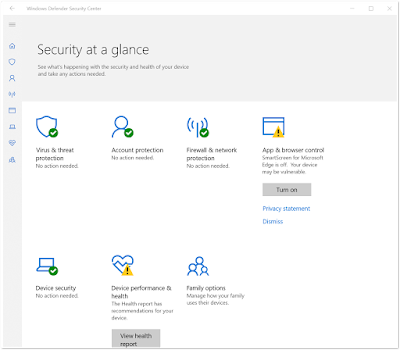 We will also discuss the part that Bootable Backups can play in not only disaster recovery such as drive failure, but also in recovering from catastrophic infection. It is nice to have an uninfected backup of your system disk when your system disk IS INFECTED!

And I will demo a Bootable Backup.

As usual, we will take questions and deal with issues at the end of the talk.

Posted by Ted Whittemore at 1:00 PM