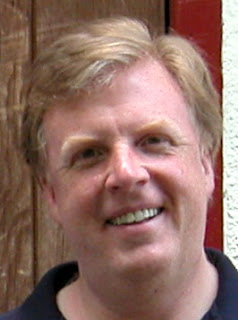 Hi, I'm Ted Whittemore of Working Computers -- which is this Blog, Kinnelon Computers, and American Micro Group, my 2 consulting firms. Kinnelon Computers is aimed at the Home and Small Business user and specifically at the problems they have.
I’ve always been interested in personal computers, or micro computers, as they were once called. I am attracted to the promise of tremendous utility for everyone at an affordable price. And business has realized that promise in every way. Home users have, too, almost. Home users lack one often glossed over area of expertise that business users have largely mastered – safeguarding their data.

There was a time when personal computers were just big calculators – they didn’t talk to each other – you couldn’t do more than one thing at a time with them. And what you could do with them was limited and boring. Useful in that narrow way, but boring. Certainly they were not very attractive to the great majority of home users. They were very expensive, too.

But now they do a lot of things, and they are cheap. People do their banking, tax paying, shopping, phoning, socializing, vacation planning, education, research, and so on, On Their Computers, and they store all of their documents there as well. Invoices, Receipts, Photographs, Tax Documents, Phone Numbers and Addresses, Calendars – all of which used to be Outside the Box, are now Inside the Box, which is great, which is great – until the box DIES.

People depend on their computers. I depend on mine, of course.

People entrust their most valuable documents to machines they do not know how to maintain, and treat as if they were Toaster Ovens. That’s how they buy them after all, down at Best Buy, just like a TV. So that’s how they treat them. Run them ‘til they die, and then get a new one. We know what happens to Toaster Ovens.

Once I knew nothing about computers.

I forced myself to learn about computers for business reasons back in the 1980s, but I started out knowing Zip, Nada, Nothing … Most people today know a little more than that, but they still manage to get themselves in trouble by ignoring the stuff that really is important. How does it go? A Little Knowledge Is A Dangerous Thing – That’s it. Just enough knowledge to run and use the computer, but not enough to back it up, keep it virus free, keep from clicking on those infected and infecting Trojan Horse programs, clean it up once it’s infected … you get the idea.

Back in 1987 when I started my first company, it was a metals trading company, that had nothing to do with computers, nor did I know much about them. The PC first appeared in 1982 for goodness sake, and by 1987, after 5 years (a computing eternity these days) we had progressed only as far as the 80386 Intel processor, which was the 1st real Intel processor capable of multi-tasking, and supporting a Multiuser and Multitasking Operating System.

I was curious about computers and especially interested in what this machine could do for my business – which was not a lot with the Microsoft operating system of the day – DOS, which for those of you who do not know was a character based single tasking system of limited utility compared to what we have now. Windows (3) did not appear until 1990 and NT until 1993.

But there was a REAL multi user OS out there, and that was Unix, and it has been ported to the 386 processor by 2 companies, SCO, and, believe it or not, Kodak, which had a product called Interactive Systems Unix. SCO, which became infamous in later years under different ownership for trying to extort money from IBM and Microsoft and Linux users, called their product Xenix.

That was so cool I thought, multitasking and multiuser computer systems had become affordable for the smallest businesses. Not for home users, though.

The trend, of course, continued – with the appearance and rise of Linux, small businesses don’t even have to pay for the OS anymore. Eventually, back in the 90s, Microsoft began to offer the omnipresent Windows OS, which had rudimentary multitasking capabilities, and machines became available which end users found more to their liking. Not very good or nice systems with old Windows 3 or 95, but still, useful, if frustrating and unreliable, and people actually began to entrust their data to their home PCs.

My business changed over the years to focus on consulting exclusively, and now I devote a portion of my time to home users who run into problems, primarily those related to loss of data, usually because they … did not back the data up.

Now, it is possible to recover some of that data, but it’s expensive – VERY – and not usually complete.

How much better to just not lose your precious photos in the 1st place?

I have found that the only way to get people to do that is to make it very, very easy to back up their data, because, as we know, people treat their computers as if they were toaster ovens, and, really now, who backs up a toaster oven?

Now I talk about other issues in this forum, too, all related to solving problems with the present state of computers and computer awareness, but backing up your data is probably the most common and serious issue.

And one that I will continue to talk about.