How to Buy a PC as Cheaply as Possible -- Coupons! 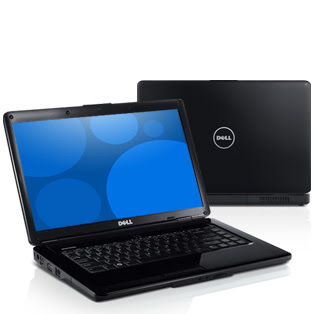 Do you know how to buy a PC? What optional equipment, processor, memory, hard disk to order? How much you should pay and ... how to get the cheapest possible price? Did you know that you can spend from $200 to $500 or $600 too much for same machine just by ordering from the wrong web page on the Dell or HP website, or not being aware that Dell and HP (and others) issue discount coupons for up to 30% of the price of a given system?
It's true. I am going to give some examples of specific systems and coupons which may have changes by the time you read this, but the principle will remain the same. Go to well known websites, some of which I will list, and search for (google for), for example, "Dell laptop coupons". You will then be presented with choices of coupons issued by Dell discounting that particular laptop.
So on http://www.techbargains.com/ I am presented with several choices including a Dell Latitude 15 coupon for 20% off particular desktops and laptops on a specific Dell web page. Has to be that page. Has to be that machine.
I configured the machine I wanted for $1228.00, entered the coupon code, and received $245.60 off the price of that laptop. !!! Hey, that's good stuff.
I do think it's sneaky of the manufacturers to have these "ghost" discounts, but if they are going to have them, I want to know!
Now, these coupons are quite time limited, and when they are gone, they're gone. However, similar discounts come back. Just wait a week!
This summer I helped different people purchase an HDX18t laptop at different times during a coupon discount period and we got as much as $550 off the price of these systems, bringing close to $1500 laptops to under $1000. Between the times these laptops were discounted, anyone who bought them paid, yes, ... $1500.
Let's take a look at another example.
At http://www.cheapstingybargains.com/cheapster/dell/ I found a 20% off Dell 546 coupon and configured a system for $935, entered the associated coupon code, and got $187 off for a gorgeous Quad Core Processor system, a discount that most people did not know about.
Next time I'll talk about what kind of system you should buy for your coupon discounted money!
~Ted
Technorati Tags: home computers home computing cheap computers discount computers computer coupons buying a computer
Posted by Ted Whittemore at 8:00 AM